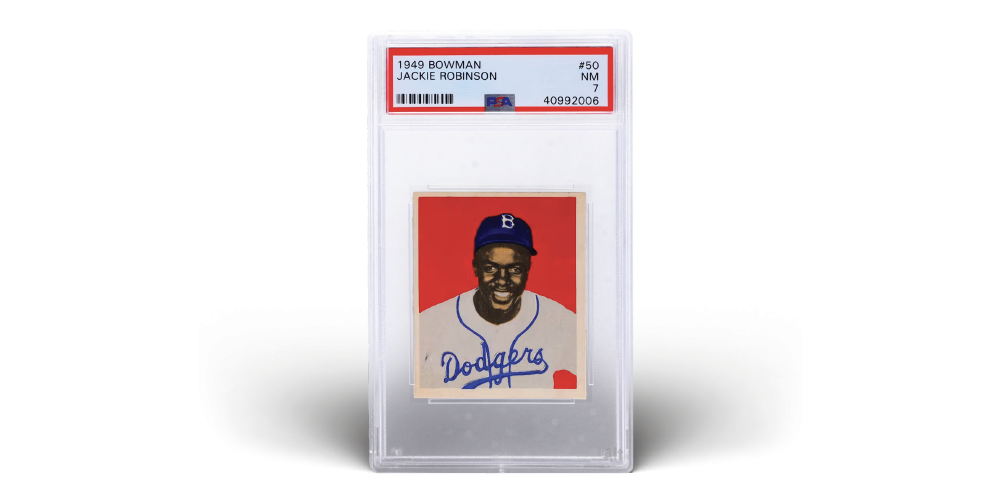 It’s hard to find the right place to start with Jackie Robinson. He is simply an incredible athlete, and an even more incredible human being. 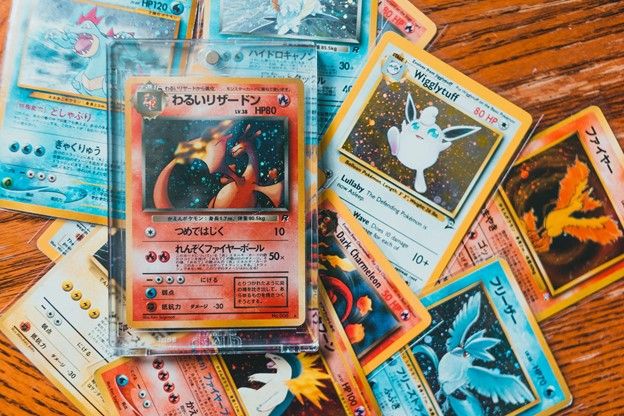 The 10 Most Valuable Pokémon Cards of All Time

Since its beginnings as a pair of Game Boy games in the late 1990s, the Pokémon series has evolved to become the highest-grossing media franchise in the world thanks to its copious toys, cartoon shows, movies, and of course, trading cards. In recent years, there's been a mad dash to catch 'em all, as stories of the most valuable Pokémon cards explode across the internet. It seems we can't go more than a few months without a new record being made for Pokémon card worth through public auctions. The following most valuable Pokémon card list will show you just how a combination of quality, rarity, and popularity can lead to six-figure payouts — or more! 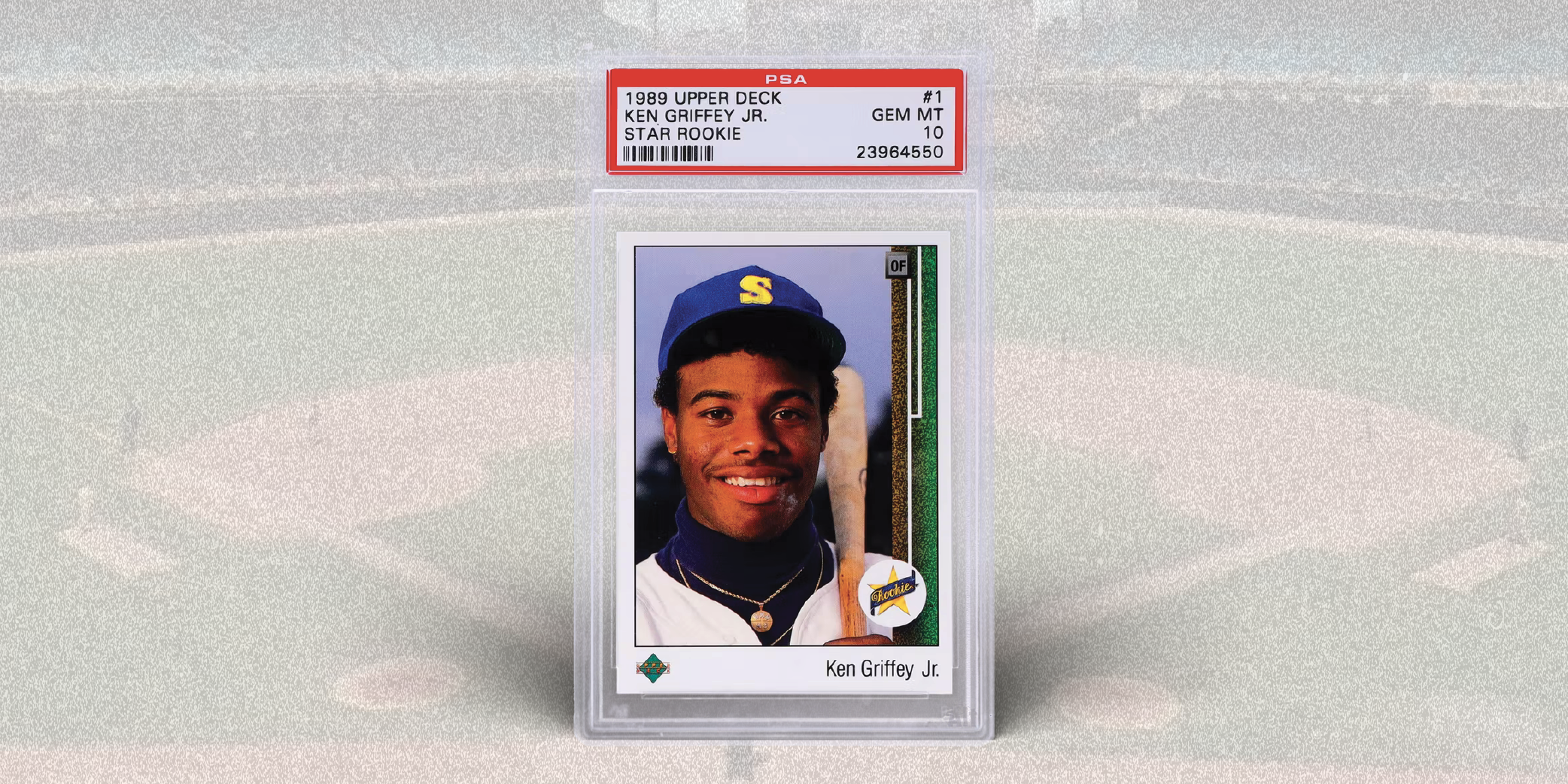 Where to even start with Ken Griffey Jr… 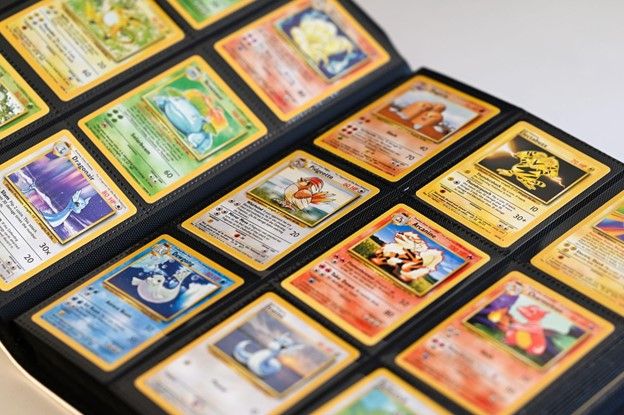 How Much Are Pokémon Cards Worth in 2022?

The first set of Pokémon cards hit Japan in October 1996, sparking a new collectible obsession. Though the trading card game wouldn’t keep grabbing headlines and spurring school-wide bans forever, it continued as a favorite among enthusiasts for the next two decades. Then something began in 2020 that got fans around the world pulling out their old collections and wondering, “How much are Pokémon cards worth?” 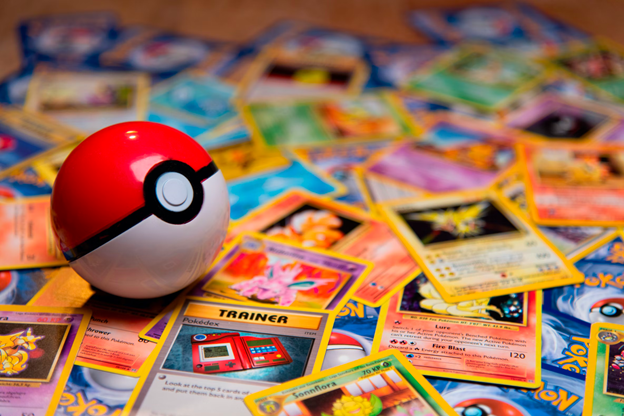 Introduced in 1996, Pokémon cards quickly took over the trading card game scene. While their popularity has ebbed and flowed over the years, Pokémon cards have experienced a renaissance since the pandemic. This resurgence is big news for enthusiasts, making it more important than ever to use Pokémon card appraisal services to help them understand the value of their collections. This article unpacks that process, explaining exactly how and where to get Pokémon cards appraised in 2022. 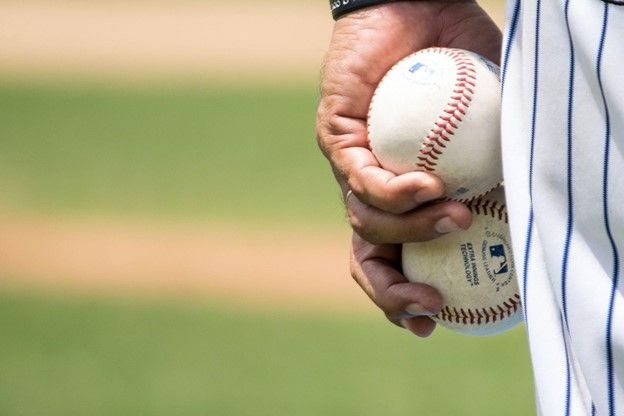 10 of the Most Valuable Baseball Cards of All Time

Throughout history, the price tag on the most valuable baseball cards has gotten higher and higher. How do you know what baseball cards are worth money? Rarity plays a major role in determining each card’s valuation, but so does quality; the Professional Sport Authenticator uses a scale from 1-10 to rank card quality, with 10 being the highest “gem mint condition” rating. And while there’s a lot that goes into knowing how to value baseball cards, a particularly rare card — especially one with a bit of history or a recognizable player on it — that has been preserved and protected in near mint condition can fetch hundreds of thousands or even millions of dollars at auction. Let’s look at how the most valuable baseball cards of all time break down across the decades. 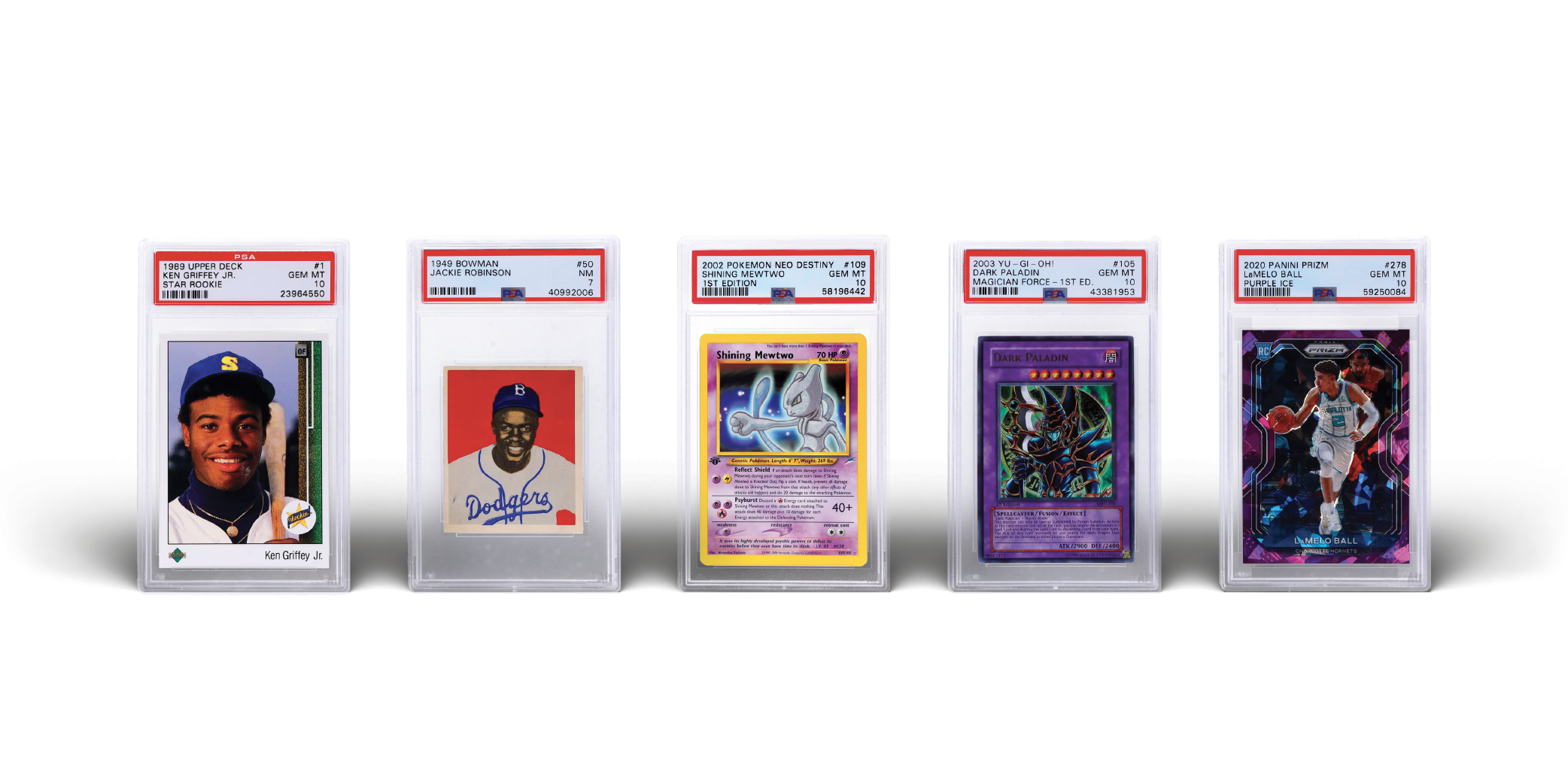 What's Dropping on Dibbs in April?

After a great March, another month filled with awesome new drops is here. 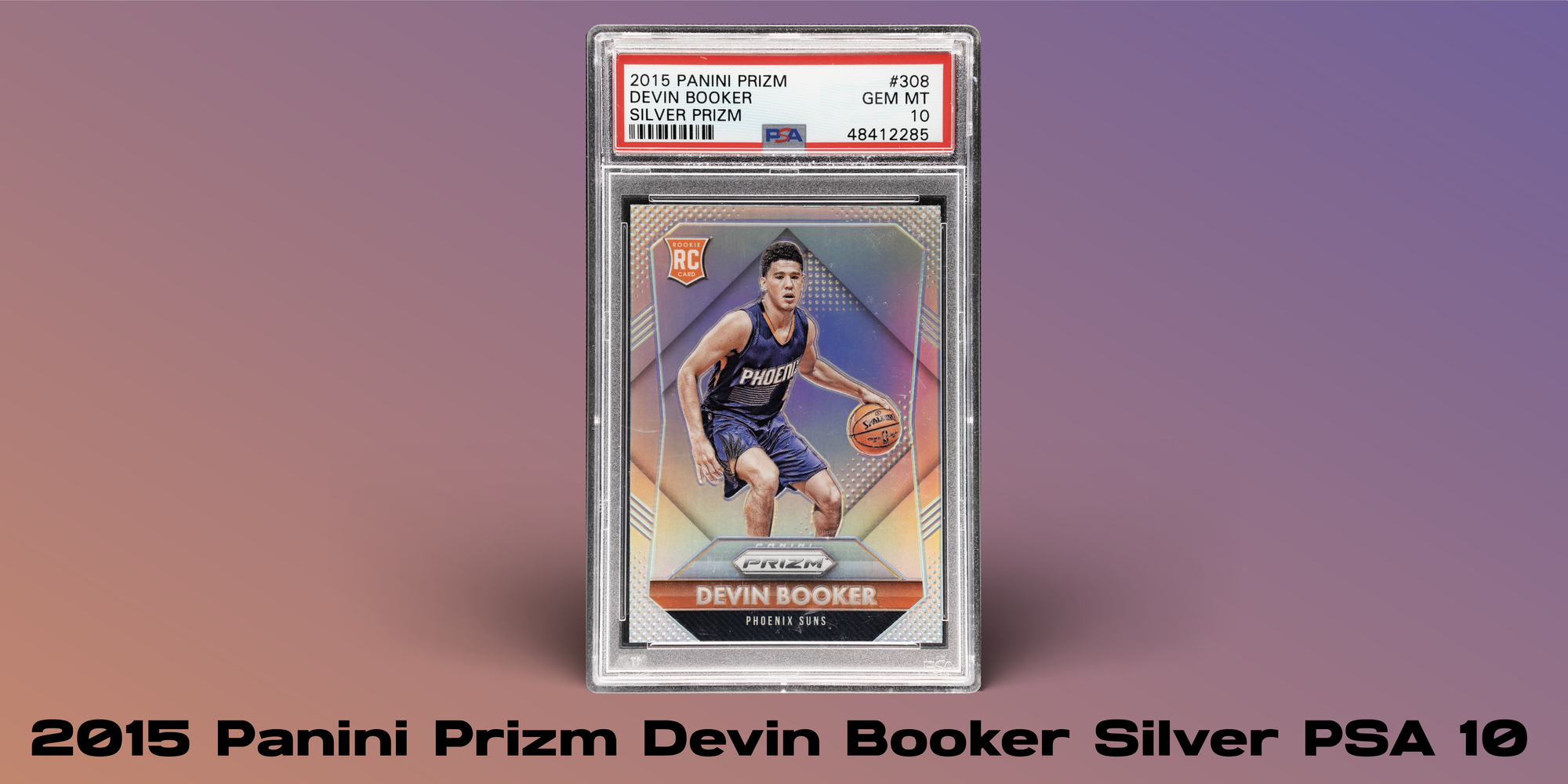 Devin Booker and the Suns have been absolutely incredible this season, following an impressive playoff run last year that ended in a finals loss. 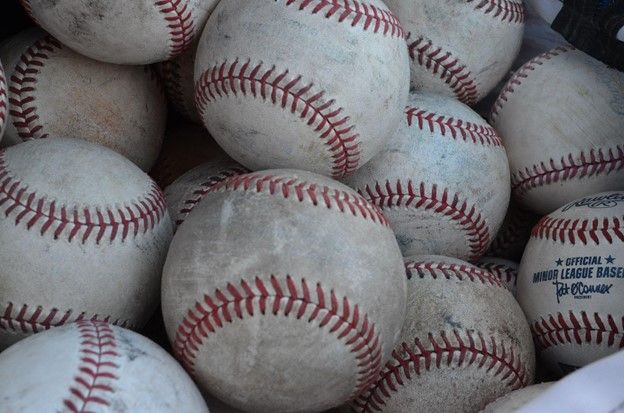 The 8 Top Baseball Rookie Cards to Sell In 2022

Baseball season is upon us, and that means it’s the perfect opportunity to look through some of the top baseball cards to sell. Because what’s more motivating than watching some professionals swing, batter batter, swing? (Well, likely money, but that may be in it for you too if you play your cards right). 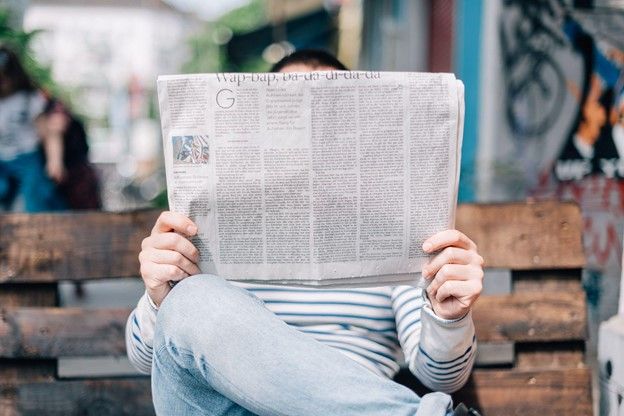 Interest in baseball cards has soared over the past few years, as both casual and hardcore collectors race to snag the rarest cards in the hopes that their new asset will skyrocket in value. It's led to a gold rush of sorts, and loads of people have been able to transform their cards into a sizable chunk of change.